During my business trip in Lyon I had a free weekend in Lyon. My wife arrived with my child to spend a long weekend with me. They arrived on Friday and we have a nice walk in the Vieux Lyon. We had a good, sunny weather and we had a nice walk (you can also see 10 days in Lyon: business trips can be really amusing).

Lyon is a children-friendly city and there are many things you can do. On a raining Saturday morning, we when for a Puppet Theater show in Vieux Lyon to watch the story of Guignol and his Mission on Mars (Guignol: Objectif Mars). My daughter is three years of age and she doesn’t understand the French language, but she seemed to enjoy the performance and watch it during the hole time. In this small theater, they have a decent amount of puppets. 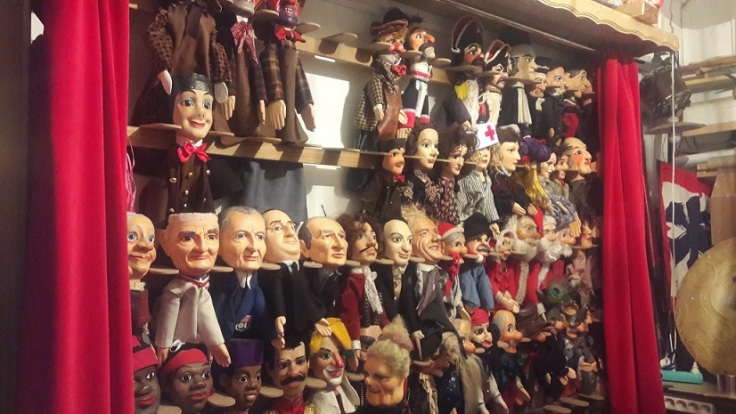 The city of Lyon is investing in reviving the life on the Rhône river banks and they have distinct a success on it. On the river banks, there are several swimming pools with hot water that work during the hole year. There are several children playgrounds where you could spend hours with you child. 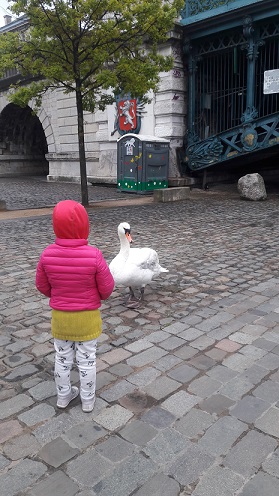 She spent a lot of time feeding the swamps and she was so happy of doing it. And a big flock of swamps gathered to have some food. 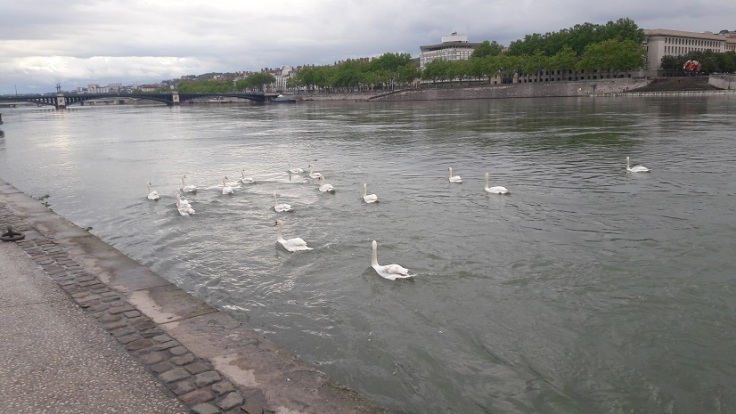 In Lyon, there is a beautiful park called Parc de la Tête d’Or. In the park, there is a nice Zoo and a Botanic garden. Both have free access and you can spend a good day in there.

In the Zoo, you can see giraffes, buffalos and zebras walking together in the same area.

We also saw animals that I have never seen before like the Bat-eared Fox, which lives in the South parts of Africa. 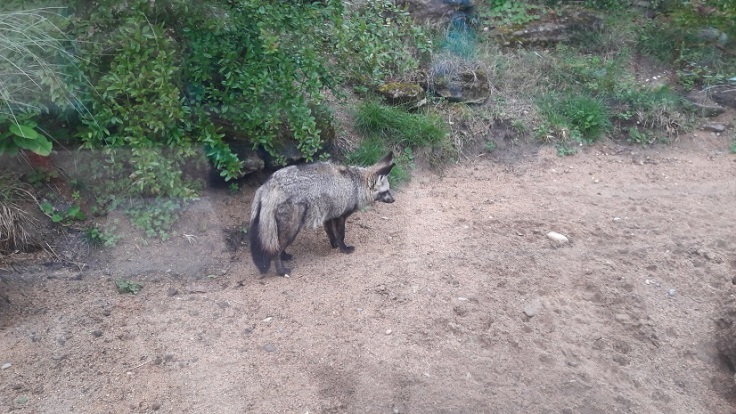 The Red Panda, which can be found in the temperate forests of the Himalayas in China. 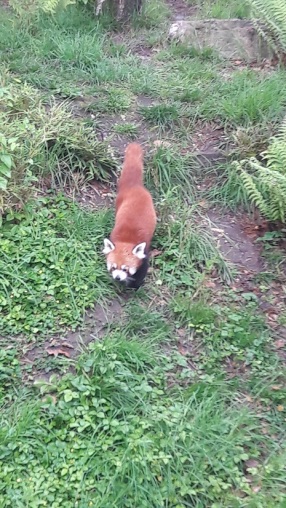 So, travelling with children can be fun both for the parents and the child